Do you wanna be part of the international team coordinating World Disco Soup Day 2022? This is your chance: SFYN is recruiting the new Task Force! Find all the information in this article. Application deadline is December 19th.

World Disco Soup Day is the main annual campaign by Slow Food Youth Network. In order to organize this year’s event, we need a group of involved and enthusiastic youth from all over the world, that together develop its thematics, the strategy, the communication plans.

We are looking for youth that would like to be part of this team, starting from January 2022, until October 2022. The workload will vary according to the period of the year. The biggest amount of the work will be in the two months before the event, which will take place on the 30th of April 2022 and the month after.

As the WDSD Task Force, you will be in charge of deciding how the next World Disco Soup Day will look like, as well as updating or creating new toolkits, developing the communication about the campaign in your country / continent, preparing teaser videos and after-movies, as well as measuring and communicating about the event its impact. But most of all, you’re mobilizing a global network to join forces around the fight against food waste. You can be the face of this year’s World Disco Soup Day and have the chance to get interviewed by local and international media.

Want to join the team? Let us know!

Slow Food is a global grassroots organization that envisions a world in which all people can access and enjoy food that is good for them, good for those who grow it and good for the planet. Slow Food involves over a million activists, chefs, experts, youth, farmers, fishers and academics in over 160 countries.

Slow Food Youth Network (SFYN) unites groups of active young Slow Food members from all over the globe into one international network, currently in over 80 countries. The local groups independently create original and engaging events aimed at raising awareness about food issues and providing means to take action. The SFYN Global office promotes cooperation between the local groups, facilitates the exchange of knowledge and ideas, and campaigns internationally. Thus combining the powers of young food activists from all over the world!

The concept of a Disco Soup started years ago in Berlin as Schnippeldisko, a ‘protest soup’ against food waste that fed 8,000 people. Since then, Disco Soups started to spread across the world as a fun, positive way to bring the food waste crisis into focus.

World Disco Soup Day is the annual international event in which hundreds of Disco Soups take place simultaneously, held on the final Saturday in April. Here, volunteers collect, chop and cook any food that would otherwise go to waste, then dance to the beat and dish it out for free at public events. 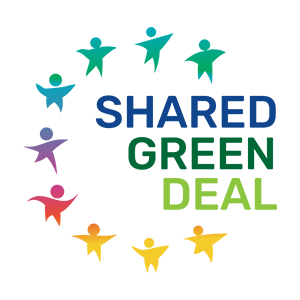 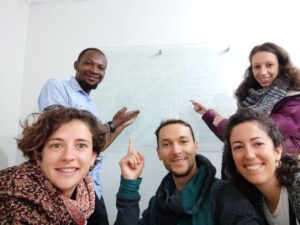 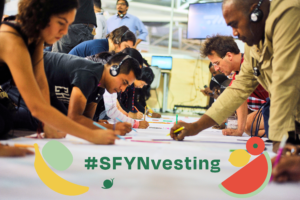 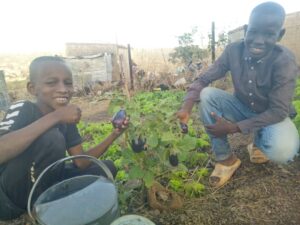 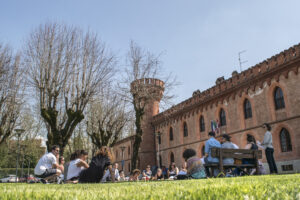 SFYN organizes political activist training for youth in the EU